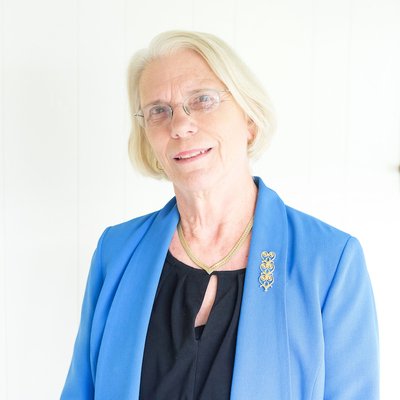 Susan Raymond, Ph.D., is Chief Innovation Officer and Vice President of Program Integration at Edmundite Missions in Selma, Alabama, and Chief Operating Officer of Edmundite Missions Enterprises, the social enterprise arm of the Missions. She is also Senior Adviser to Changing Our World, Inc.

Susan has extensive experience in research, analysis and planning. She has held positions with the New York Academy of Sciences, where she founded the public policy program, The World Bank, the Center for Public Resources, and the U.S. Agency for International Development. In February 2011, Women United in Philanthropy honored Susan with the Women in Excellence and Achievement Award. In September 2014, she received the John and Patty Noel Humanitarian Award for her work in global health and development. Susan received an Agency Commendation from the U.S. Agency for International Development for her work in Eastern Europe.

In 2012, the Director of the National Science Foundation appointed Susan to the Board of the Civilian Research and Development Foundation. In 2014, she was appointed by the National Academy of Sciences to an organizing committee for a national survey of research and development in the nonprofit sector. She is a faculty lecturer at Columbia University’s Institute of Human Nutrition.

Susan is a regular international conference speaker on the future role of philanthropy in economic growth and civil society, and she has published four books and many professional articles on the changing philanthropic landscape globally. Her most recent book, Recession, Recovery and Renewal: Long-term Nonprofit Strategies for Rapid Economic Change, was released by Wiley in 2013. Susan earned her B.A. Phi Beta Kappa from Macalester College and her M.A. and Ph.D. from The Johns Hopkins University School of Advanced International Studies in a joint program with the School of Hygiene and Public Health. She has worked on philanthropy and economic development projects throughout Africa, the Middle East, and Eastern Europe, as well as in Russia and Asia.